Home > Blog > Celebrities who have successfully fought cancer and survived?

Celebrities who have successfully fought cancer and survived?

Cancer is a disease that affects most of us at some or the other point in time, whether it’s our own diagnosis or that of a loved one. According to the National Cancer Institute, approximately 38% of men and women will be diagnosed with cancer during their lifetime. Undergoing cancer treatment is painful for the patient and the caregiver. Besides getting support and cancer care from family and friends, people with cancer need to master the art of staying positive on their own. Otherwise, it becomes highly challenging for them to battle the difficulties and frustrations of the disease as well as its side effects. They also need to look for ways to carry on with their life goals. Check out the following celebrities with cancer who have battled this dreaded disease with courage, hope, and with a smile on their face. 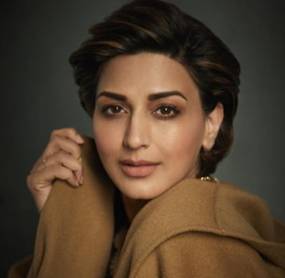 1. Sonali BendreHaving been the reigning queen of the 90’s Bollywood, this stunning actress fell prey to Metastatic cancer in 2018. Soon thereafter, she flew to New York for her treatment, and returned to Mumbai in December 2018 after her Cancer treatment. In metastatic cancer, the cancerous cells spread to new areas of the body through the lymph system or bloodstream. The common areas of metastasis are the liver, lungs, lymph nodes, and bones. Sonali Bendre's fight with cancer often inspires many people with her positive attitude and strength.

In a powerful post on World Cancer Day this year, she expressed that in retrospect, she sees both strength and weakness, but what outshines them is the will to overpower the diseases. She had also mentioned that while her team of doctors had initially speculated that she has a 30% chance of survival after going through her reports, she made it through . 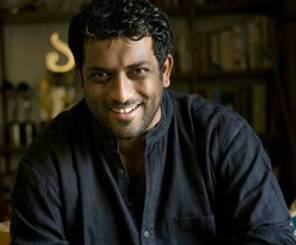 2. Anurag Basu One of the most iconic directors of contemporary times, Anurag Basu’s fight against Cancer was a long battle. He was diagnosed with promyelocytic leukaemia or blood cancer, and ultimately, emerged victoriously. When he was first diagnosed in 2004, the doctors had given him “two months to live”. This type of cancer is caused by the rise in the number of white blood cells in the body. It usually starts from the bone marrow and eventually leads to a high number of abnormal blood cells. One of the renowned celebrities who fought cancer, Anurag Basu's fight against cancer has inspired many. cancer treatment since you’ve got nothing. 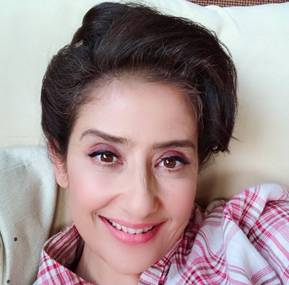 3. Manisha Koirala The heartthrob of 90s’ Bollywood cinema, Manisha Koirala fell prey to ovarian cancer in November 2012. She went through an elaborate six-month-long Cancer treatment and surgery in New York, and was finally declared cancer-free in 2015. According to media reports, the initial cancer diagnosis had thrown her to a stage of shock and disbelief, as she had presumed that her persistent weakness and abdominal bloating had something to do with liver issues .

Her case was handled by Dennis Chi, a top surgeon for gynaecological cancers, at Memorial Sloan Kettering, New York. Dr. Chi and his team performed what is called an optimal debulking surgery, in which microscopic tumors that cannot be seen with the naked eye are left. The operation spanned 11 hours, in which they removed all the visible tumors, even those as small as a grain of sand. The second critical phase was chemotherapy, managed by medical oncologist Vicky Makker. Eventually, she used her celebrity status and personal story to promote awareness of ovarian cancer. In 2018, she published ‘Healed’, a book centred around her cancer experience. 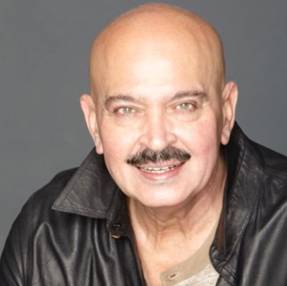 4. Rakesh Roshan This renowned filmmaker Rakesh Roshan was diagnosed with throat cancer in 2018, but he has now recovered, thanks to timely Cancer treatment and his immense willpower. He has reportedly told the media that he had a gut feeling it’s cancer even before it was diagnosed. It all started in the form of a blister under his tongue which didn’t go away even after medication. He did not give up mentally and took on the battle, head-on.

After undergoing multiple chemotherapy and radiation sessions, he is now cured and leading a normal life. However, post this phase, he became much more disciplined with his lifestyle choices. He also gets his PET scan done every 6 months to ensure he is on the right track. 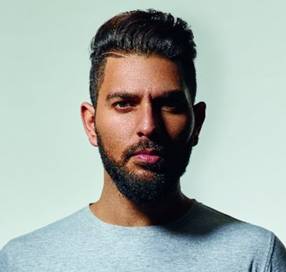 5. Yuvraj SinghThis massively popular Indian cricketer, Yuvraj Singh was diagnosed with a rare form of mediastinal Seminoma cancer, shortly after the World Cup victory in 2011. Mediastinum refers to the area that separates the lungs. Tumours in this area can put pressure on the spinal cord, the lungs, the heart and heart lining and the trachea. What made Yuvraj Singh’s cancer fight even trickier was that, the tumor was pressing against his lung and arteries, which could have led to heart attack. His initial symptoms were acute breathlessness, spitting blood, severe loss of stamina. Yuvraj Singh’s Cancer fight was courageous to say the least. He underwent Cancer treatment in the US and was discharged from the hospital after his third and final chemotherapy in March 2012.

While this list comprises only Indian celebrities with cancer, we also have an array of international celebs who have tackled cancer with courage, grit, and determination, and triumphed over it. The likes of Gloria Steinhem, Hugh Jackman, Lance Armstrong, Sharon Osborne, and many others are great lessons in how to deal with cancer bravely, without losing hope. Most of these celebrities with cancer, in fact, continue to lead normal lives, and have also resumed their professional lives, having started life afresh and unfurling new chapters in their life as cancer survivors. Needless to say, these celebs have served as great sources of inspiration for cancer patients.


One of the leading providers of immunotherapy for cancer treatment, Denvax has centres in cities like Delhi, Mumbai, Hyderabad, Kolkata, Chennai, Ahmedabad, Amritsar, and Lucknow, where it provides cancer treatment to a number of patients. Spearheaded by Dr. Jamal A Khan and Dr. Sharmin Yaqin, Denvax is equipped with a team of expert doctors which uses a patient's own immune cells (dendritic cells) to provide immunotherapy to reduce the progression of cancer and also to cure it permanently. Denvax uses a targeted therapy for treating cancer, which doesn't affect healthy cells. As a result, it helps in providing an improved quality of life to patients. Driven by the mission of making cancer treatment options affordable and accessible to a larger population, Denvax clinics, with a high immunotherapy success rate, aim to benefit a massive number of patients from high quality, meaningful research. For more information, call us on our toll-free number 1800 123 1132 or email us at contact@denvaxindia.com.